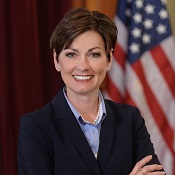 [1]Des Moines, Iowa — A bill signed into law allows Iowa parents to enroll their children in any public K-through-12 school at any time.

Governor Kim Reynolds just approved this change to Iowa’s current open enrollment policy, which now allows parents to transfer their children out of their residing district. Previously, parents usually had to make a request of transfer by March 1st, and transfers were only permitted into nearby school districts.

As of today, the adjacency rule is also gone, but school districts may still refuse transfer applications for a lack of room. These changes were included in a budget and policy catch-all bill that was approved on the last day of the 2022 legislative session.

Governor Reynolds signed two other bills into law Wednesday, completing action on all bills approved during the 2022 Iowa General Assembly. One bill outlines the budget for the Iowa Department of Agriculture. The other is designed to boost the artisanal butchery profession in Iowa.