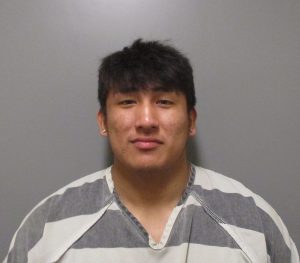 Orange City, Iowa — An Orange City teen is charged with a felony after allegedly posting a threatening internet post.

Court documents say that on March 31st, 19-year-old Donavan Schuiteman of Orange City is alleged to have posted on the app Yik Yak, threatening a school shooting the next day. Court records indicate the post circulated through the Northwestern College campus, causing fear and distress to students and faculty.

Following an investigation into the incident, Orange City Police charged Schuiteman with Threat of Terrorism, which is a Class D Felony.

According to online court records, Schuiteman is scheduled for a Preliminary Hearing at 10:00 am on Tuesday, May 24th in Sioux County Magistrate Court.