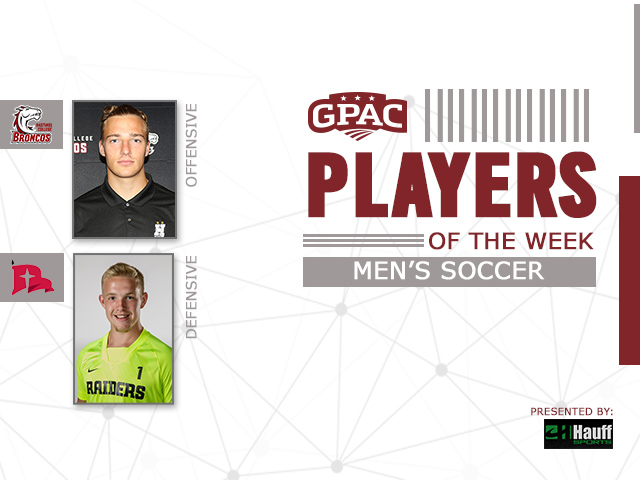 Ezekiel Foltz of Northwestern is this week’s GPAC/Hauff Mid-America Sports Men’s Soccer Defensive Player-of-the-Week. Foltz, a junior, from Sioux Center, Iowa, guided the Raiders to a 1-0-1 record and started GPAC play with a 2-0 win over Briar Cliff on Saturday, both being shutouts. In the two matches, he notched 16 saves. On Saturday, against Briar Cliff, he had a save on a Charger penalty kick that kept the Chargers off the board and propelled the Raiders to the win.