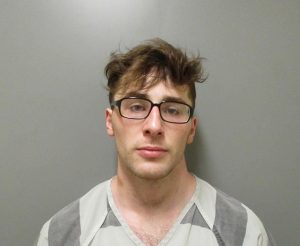 Sioux Center, Iowa — A disturbance report at a Sioux Center hotel back in June has resulted in the arrest of a 21-year-old Nebraska man on a list of narcotics-related charges.

Court records obtained by KIWA indicate that Sioux Center officers were called to the Sioux Center Econo Lodge late on the night on June 19th for a disturbance. During their investigation, officers executed a search warrant on the room of 21-year-old Zaylor Langschwager, of Wayne, Nebraska. Authorities say the search netted a considerable amount of a crystal substance, which reportedly tested positive for methamphetamine. Police say they also recovered a large amount of baggies, along with a scale containing methamphetamine residue from Langschwager’s possession, as well as a baggy of marijuana and a vape cartridge that allegedly contained cannabidiol.

Charges were filed in the case on June 24th, according to online court records, with a warrant for Langschwager’s arrest issued June 29th. He was arrested on the warrant last week, and according to court records, faces charges of:  Felony Controlled Substance Violation for the methamphetamine, a Class B Felony; Failure To Affix a Drug Tax Stamp, a Class D Felony; Possession of Marijuana, Possession of Cannabidiol and Unlawful Possession of Prescription Drugs, all of which are Serious Misdemeanors.

He was placed under arrest and transported to the Sioux County Jail at Orange City.

A Preliminary Hearing in the case has been set for September 28th.