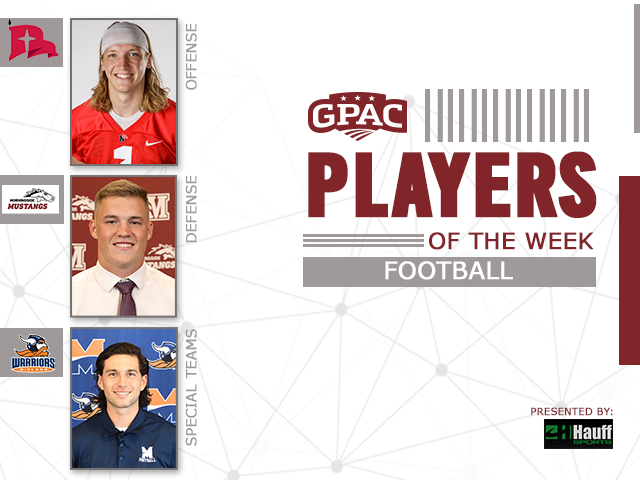 Offense – Cade Moser, Wide Receiver (Northwestern College)
Northwestern wide receiver Cade Moser is this week’s GPAC/Hauff Mid-America Sports Offensive Player-of-the-Week. Moser, a junior from Rock Valley, Iowa, tied a Northwestern program single-game record with his four touchdown receptions in a 38-0 victory over Doane. He had 142 yards on eight receptions for an average of 17.8 yards per catch, with a long of 55. The second-ranked Raiders will travel to Seward, Nebraska, to face Concordia on September 25. Kick off will be at 1 pm.