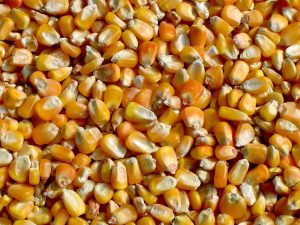 Rock Valley, Iowa — Three fire departments were called out on Wednesday, January 19, 2022, to a call in Rock Valley.

The chief says the fire department saw light smoke coming from the dryer as they approached the scene. He says they sent some firefighters up to investigate. They found some hot spots but no flames.

The fire department was assisted by the Hull Fire Department, who is paged automatically to structure fires in Rock Valley, and the Sioux Center Fire Department provided help with their aerial truck. He says they drained the 4000 bushels of corn from the dryer and spread it on the ground. They did find some burned corn.

Eshuis says no injuries were reported. He says the cause of the fire is undetermined, but he says it was a brand new dryer and this was the first time elevator workers had tried to dry corn with it.

Chief Eshuis reports that there was a little damage on the inside of the dryer.

He says the firefighters who responded were on the scene for about two hours.