Orange City, Iowa — An Orange City home has received extensive damage due to vandalism via spray paint, and Orange City Police are looking for the public’s help. 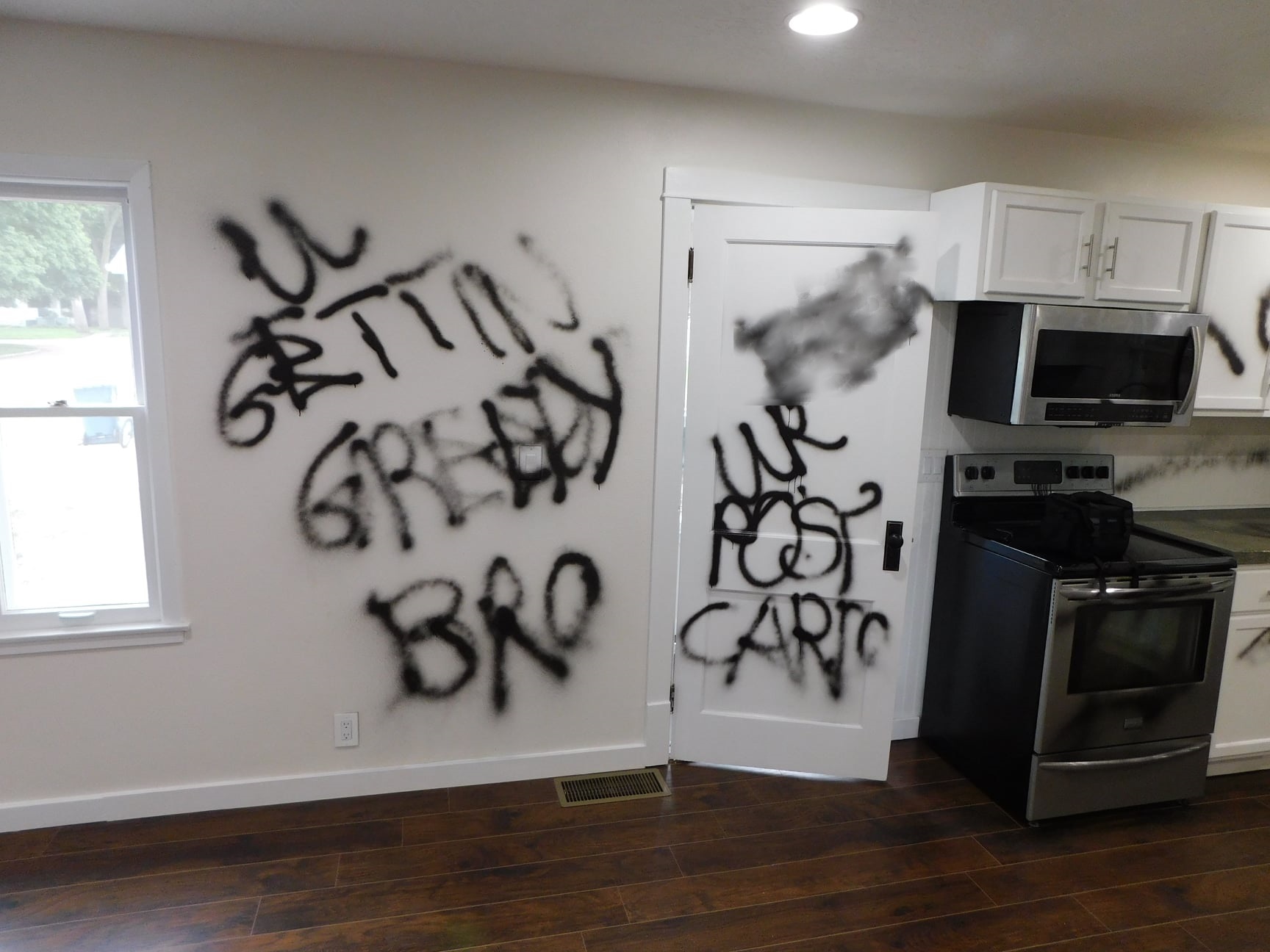 Officers tell us they would like your help finding the person or persons responsible for the vandalism, which was to a residence on Boston Avenue. They say the crime happened when suspects entered a vacant house and spray-painted the interior sometime between Thursday, September 16, at 11:00 p.m. and Friday, Sept. 17, at 8:00 a.m.

According to nearly 20 pictures of the interior of the home posted by the Sioux County Sheriff’s Office on behalf of the Orange City Police Department, multiple surfaces in multiple rooms were vandalized with spray paint.

(Profanity has been blurred)